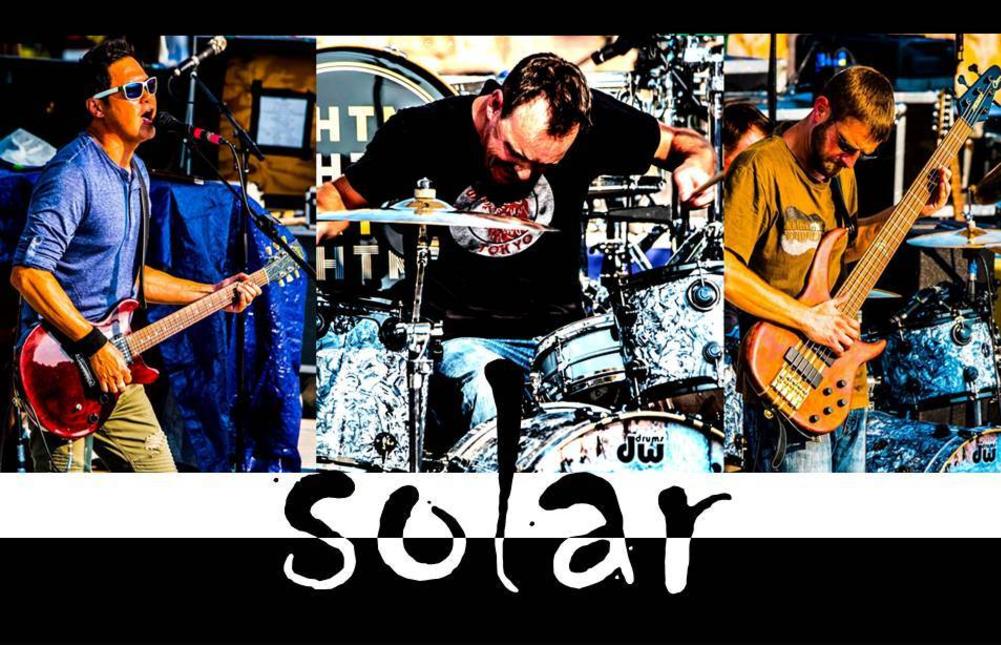 SOLAR (Rock/Pop Alternative): Grown from the Denver music scene of the mid-2000's, Solar has an authentic alternative sound built with dynamic rhythm section, melodic and powerful vocals, and creative voices of guitars, bass, and keys.

SOLAR debuted with their first show at a Colorado gem, Little Bear Saloon, in Evergreen CO on September 28th, 2004. Since then, they have been featured at many great Colorado venues, events and festivals, and private parties. They have shared the stage with bands such as The Fray, Sublime with Rome, Cracker, Big Head Todd and the Monsters, The Samples, and many more.

From The Gothic Theater, Bluebird Theatre, The Oriental Theater, The Walnut Room, Coors Field, to Herman's Hideaway.  They have also been a regular at summer festivals such as People's Fair, Castle Rock Summer Jam, and various summer concert series.  You may also find them up in the high country showcasing at one of your favorite ski resorts.

Want to book SOLAR for a show?  Please email us at contact@solartheband.com

Book Solar for an original performance, or for private parties that feature lively interpreted covers.