SOLAR debuted with their first show at a Colorado gem, Little Bear Saloon, in Evergreen CO on September 28th, 2004. Since then, they have been featured at many great Colorado venues, events and festivals, and private parties.
From The Gothic Theater, Bluebird Theatre, The Oriental Theater, The Walnut Room, Coors Field, to Herman's Hideaway.  They have also been a regular at summer festivals such as People's Fair, and various city summer series.  You may also find them up in the high country showcasing at one of your favorite ski resorts. 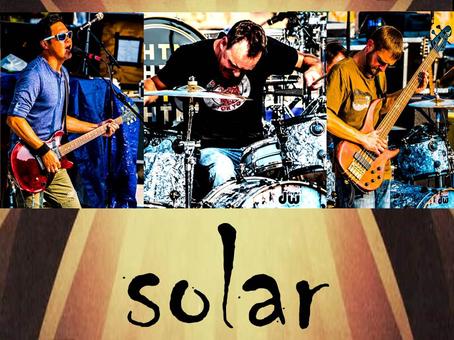 Solar has continued their growth by incorporating all the different influences and experiences that is today's Solar...  Ken Lee (Vocals and Guitars), Bill Clarke (Drums), and Chris Moots (Bass).